The Practice of Inner Silence

27 Sep The Practice of Inner Silence

“Don’t think the garden loses its ecstasy in winter.  It’s quiet, but the roots are down there riotous.” 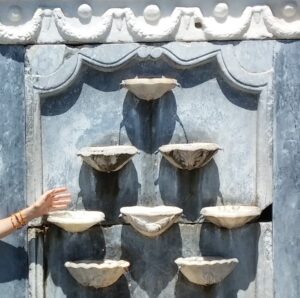 Solstices and equinoxes are invitations to harmonize yourself with life’s natural flow and your own inner rhythms. The four-point journey of the earth around the sun offers a great frame for implementing creative means of expansion, maturation, fruition and preservation – natural processes of life. They have been considered gateways to re-alignment, abundance and creative expression for millennia by many cultures and traditions. These special times of the year when the interplay of natural forces is marking the time-space with specific signatures, such as changes in weather and land cultivation can serve as great opportunities to introspection and inner cultivation. Most religions weaved their greatest celebrations around these times of the year because the inner journey of the soul – growth, maturation, spiritual death and resurrection – was always considered a reflection of the four stations of the Earth during the solar cycle. Practices such as fasting, silence, meditating and praying, common to all spiritual traditions, are recommended at these special times as the highest forms of medicine for man’s most refined aspect of consciousness – the soul.

One of the most important aspects of “tuning-in” to the rhythms of the macrocosmos is being silent, which is necessary for awareness, contemplation and self-reflection. Just like when you tune a musical instrument you need to be quiet and listen, when you “recalibrate” your mind and soul you need to quiet the ego-mind so you can find clarity. As most of us feel pulled from all directions by various responsibilities and our mind in constantly triggered by news and anticipation, there is little opportunity to direct our life force within and create a “clean space” to re-tune into the symphony of the universe and into our own authenticity without deliberate efforts.

Being silent for a few minutes or hours a day is a simple practice available to everyone who wishes to create a special retreat space within. Think about it this way: silence demarcates this space, just like in music silence articulates with sound, marking the transition from one musical sentence to the next. Silence also marks the beginning and the end of a musical piece. In self-reflection practices, silence is a great tool for setting boundaries between clean and congested inner space, with the purpose of achieving clarity and depollution.

Historically, inner silence is the most common prerequisite before mystical initiations and celebration, often accompanied by fasting. The reason is that, in order to make spiritual progress, the vital forces need to be contained and directed within, to feed that special depolluted space within. These days a lot of us are working on taking our lives to “the next level” of autonomy and self-authorship in order to achieve joy and abundance, which can be considered a sort of self-initiation. If you wish to take your life to the next level of creativity and growth, you need next-level thinking, being and practice. 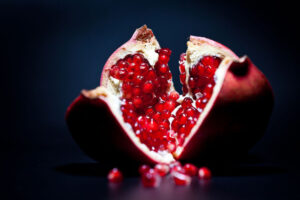 How to be silent

Who has the control over the power switch?

When the focus is directed within, inner conflicts inevitably surface. This is why conflicted people have a tougher time sleeping at night. If the above methods of silencing the outer drama seem easy to implement, silencing the inner drama staged by ”the monkey mind” presents a further level of challenge, but it is also the most rewarding.

The goal of silencing the inner drama is not to shut off the light over the inner conflict, but to show the ego who has the control over the power switch. If a problem owns you and has control over your narrative, then there is little chance of progress. You feel stuck and disempowered, which also suppresses your immune system. The constant rumination of the inner drama can weaken your body organs. For example, constantly firing the hypothalamic-adrenal axis will result in low energy, tiring your adrenal glands, which are constantly fired to produce cortisol and adrenaline (the stress hormones). You will feel tired, anxious, depressed and will play the inner drama on your life’s stage, potentially damaging your relationships also. Here is some practical advice for inner drama silencing:

One shadow, many paths to silence

Inner silence is practiced differently in various spiritual traditions. In Buddhism or in Advaita Vedanta, observing your thoughts and your breathing facilitates the creation of a higher perspective over the mental and emotional struggles and an interruption in the ego’s narrative. In other traditions, such as Judeo-Christian mysticism, inner contemplation on past deviations and mistakes opens the door to surrendering to God or your God-like aspect of consciousness. In Sufism and Islam, it involves silencing the “lower nature” (the “nafs”). In Daoism, it reconnects one to the authentic undistorted way of being in the world (the Dao). In the Hellenic tradition, as well as in my Dacian heritage tradition, inner silencing involves the contemplation on the eternity of the soul-vehicle via the descent into a symbolic underworld to ponder upon the things that bind us from achieving freedom from the cycle of reincarnations. 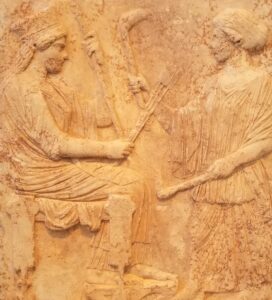 Inner silencing always involves some form of confronting the ego-mind (the so-called “shadow”). The archetype of descending into the Underworld to confront the fear of dissolution and claim spiritual rebirth is common to many cultures. Sumerians have Inanna, the daughter of Moon, who dies for three days and three nights during her descent in the Underworld (the symbol of her ego’s death), Egyptians have Osiris, the God of the Dead, resurrection and fertility, Christians have the death and the rebirth of Jesus and the Dacians, my ancestors, have God Zamolxis who buried himself in a cave for three years prior to his deification. Persephone, the goddess of vegetation and spiritual rebirth in the Hellenic tradition, is kidnapped by Hades, the God of the Underworld. Her distressed mother, Goddess Demeter, negotiates a better outcome for her daughter and for the Earth with Zeus, resulting in reducing Persephone’s time in the Underworld to half of the year as Hades’s wife and queen of the Underworld, followed by her re-emergence in the spring as Queen of vegetation and rebirth. Persephone helps to free the mortals from the sorrowful cycle of births and deaths, as is her son Dyonisus, the liberator. 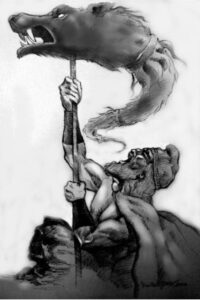 Consciously confronting one’s “shadow” is the landmark of spiritual maturity and opens the door to true inner transformation. In Asian Medicine, the Corporeal Soul (魄 Po spirit) is that little voice whispering in your head that you are not good enough and you need more things from outside to validate you. In Asian spiritual practices, the Po is considered the wax of the candle that is needed to support the light of the wix to shine (the symbol of the Shen 神 – the highest aspect of consciousness). The Po is thus considered instrumental for the Shen to become activated. A similar idea is present in Sufism (mystic Islam), as Rumi put it: “No matter how fast you run, / your shadow more than keeps up. / Sometimes, it’s in front! / Only full, overhead sun/ diminishes your shadow. / But that shadow has been serving you!/ What hurts you, blesses you. / Darkness is your candle. / Your boundaries are your quest.” The shadow will never completely disappear, but you will learn how to mitigate its effects.

Whether you choose a traditional approach or a more psychology-oriented approach such as the above-mentioned Richard Schwartz’s internal family systems, the goal is to gain a higher perspective on your current narrative and interrupt it.

Mastering the mind and the body is the work of the soul. Silence activates the harmonious relationship between your feminine aspects – such as intuition, and your masculine aspects – such as rational thinking. When silence is achieved, the disappearance of plurality during experiences of mystical oneness becomes possible. Only by turning the outer and inner stirrings of the mind off, can you truly start Listening. You get access to the nonverbal communication among all things. There is a profound power in connection. When you shut your ego down, you discover that the world is… interconnected. Things start to flow. You are in the Flux, things come to you, and, as you don’t block them any longer with your mental interference, you extend divine eyes and ears into the unseen and unheard. How did Pythagoras open his hearing to the music of the stars? Iamblichus says: “He was also adorned by piety and disciplines, by a mode of living transcendently good, by firmness of soul, and by a body in due subjection to the mandates of reason. In all his words and actions, he discovered an inimitable quiet and serenity, not being subdued at any time by anger, or laughter, or emulation, or contention, or any other perturbation or precipitation of conduct”. (Iamblichus – The Life of Pythagoras).

How did Rumi start to write poems? He first gave up his priesthood, which he understood as a limitation of his soul. He kept Silence over his ego, as he says in this line: “Silence is the language of God. All else is poor translation”. There is a secret opening in listening and connecting: the surrender mode. If silence is a choice, or an invitation, true surrender is a hope for revelation. 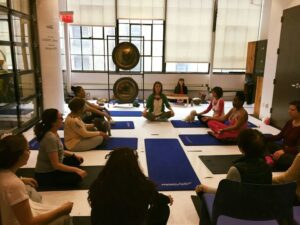 “Sitting in darkness, I asked the cosmic intelligence to guide me forward. I asked for revelation. Surrender is trust: I let go of control and merge with the cosmic mind to see things closer to what they truly are, undistorted. As I write now, I surrender to the process of writing and I trust it will bring me closer to the truth. There is an intelligence in the process of surrender itself, a sort of self-regulation. Plato called this Remembrance. Just like the body’s intelligence does when we fast. It resets itself. It gives up what is unnecessary and keeps only what is essential to its functioning. Medicine is first of all about removing that which does not belong in the body, mind and spirit. Medicine is about letting go of things that attach to us and do not serve our best interest. Mental pollution with its false constructs is the most dangerous form of invasion, as it is the most subtle – it seems to us part of who we are. And it is. Until we let it go.”

Sorry, the comment form is closed at this time.